Constituting THE REPERTORY, step by step in three movements  A,   B   and   C

A   Moving through the city: wonder, collection, scale 1/1

‘Poetically inhabiting the world’ (1). Pacing the area, strolling, being caught by surprise by both the known and the unknown. Guided and drawn by a few satellite sites, the space in-between is the scene of surprise and wonder. An acknowledgement of signs and codes. The urban vocabulary is different from one city to another yet is recognisable at the same time. Find the differences? To see what’s not there, to listen to the sirens’ songs, to shiver on the fine gravel that prevents us from slipping, to breathe the continental air. The scale of the city versus one’s body. A magnitude where everything small loses its bearings among the empty spaces and the perspective lines. One tumbles into a flow of lines and goes against Gilles Deleuze’s ‘lines of becoming’ (2) . Taking the time to inhabit space. Inhabiting space according to Heidegger’s idea (3), with the verb ‘bauen’, which originates from the Old English and High German ‘buan’, meaning ‘to inhabit’. ‘It’s only when we are able to inhabit that we are able to build.’

B   Archiving with a dynamic process

Gathering a dynamic archive that is built on cognitive mechanisms that trigger the imagination. The elements constituting the archive would be objects, models, photos, moving images, sounds, writings, posters, ... inspired by things discovered in the public space. The aim of the dynamic archive is to create new situations in matters of public space that involve mental processes: works one has to create within one’s head. We would (as a starting point) look at researches in cognitive sciences by Geir Kaufmann (4) exploring how mental imagery contributes to the handling of practical problems during the conception of technical or artistic objects.

C   A laboratory as a training field

Organising the laboratory as a training field on which we can repeat a tactic (5) – imagining – To put inside us furtive images to conquer urban spaces. In order for THE MM REPERTORY to work properly, imaginary things must fit into concrete matter. The contextual dimension is favourable to the project’s efficiency, for in the case of mental works, the memory of things known or seen is an incredible stimulant. So is the movement: from outside – to the laboratory – to outside.

(4) Kaufmann G. (1980), Researcher and Professor at the University of Bergen (Norway), Visual Imagery and its relation to problem solving, Bergen, Universitetsforlaget.

The strategy corresponds to the activity pattern of the decision-makers who, by far, intervene at a level they have defined beforehand, depending on their requirements, … its main concern being to manage to capitalise on what’s been achieved so as to transform this into profits; the tactic, on the other hand, is disinterested … remains at a stage of fragmented, exploratory and piecemeal production, … depending on the opportunities, led by a sense of, mainly, playfulness, as opposed to one of appropriation.

By highlighting this distinction, de Certeau tries to explain that every system, no matter how closed and oppressive, has its flaws: tactic is precisely this “art of doing” that “plays” on the system’s flaws… 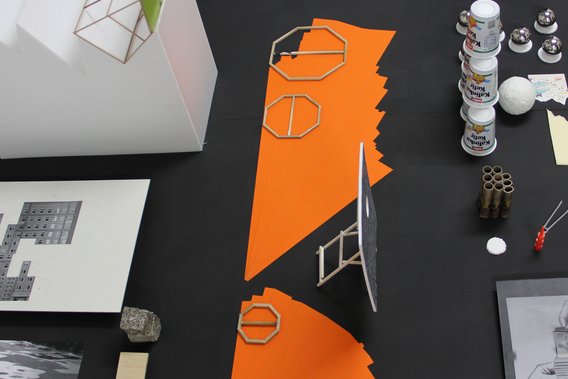